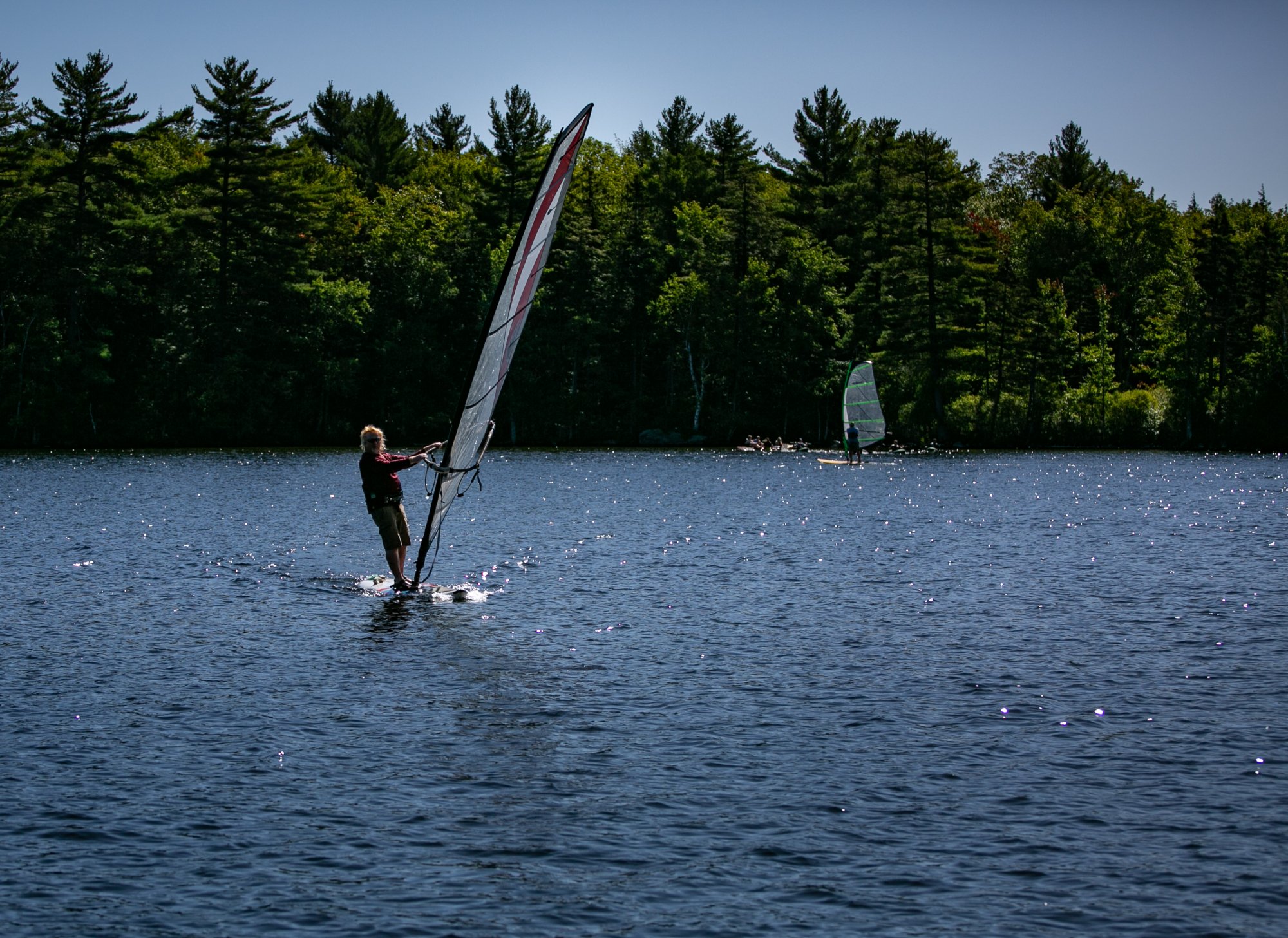 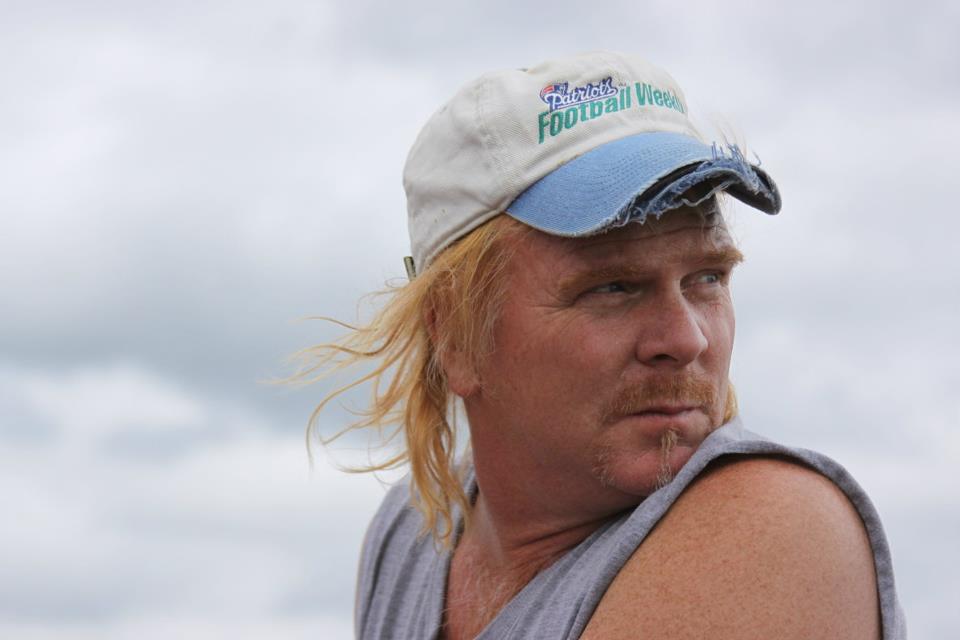 
Ian Barclay became a U.S.Windsurfing certified instructor in 1999, since then Ian, along with Windsurfing Pro John McLeod, have taught several thousand to windsurf in private lessons and group clinics at the Windsurfing School as well as at remote locations.

September 9, 2018
Surf's up, and so is the surfer
Deirdre Fleming

NORTH LEEDS — It took Brook Begin 10 minutes. That was all she needed to get her balance, find her rhythm and take flight on a windsurfing board on Androscoggin Lake, some 30 minutes west of Augusta. The determined outdoorswoman was a quick study considering two-thirds of clients at Windsurfing-Maine end up in the water on the first try.

"I'm not going to lie, I didn't think I was going to be able to do it," said the 23-year-old Begin with a huge grin. "I feel accomplished."

At Windsurfing-Maine, the oldest windsurfing school in the state, thousands have come to learn an outdoor sport whose popularity has been slow to grow since a burst of enthusiasm in the 1980s.

In 2017, 1.5 million people in the United States participated in windsurfing – an increase of just 3 percent since 2012, according to the Sports & Fitness Industry Association. That compares to 3.3 million who used stand-up paddleboards, 5.4 million who enjoyed jet skiing, 9.2 million who canoed and 10.5 million who kayaked.

Still, fans of windsurfing say it is more physical and more of an adventure than many outdoor pursuits. 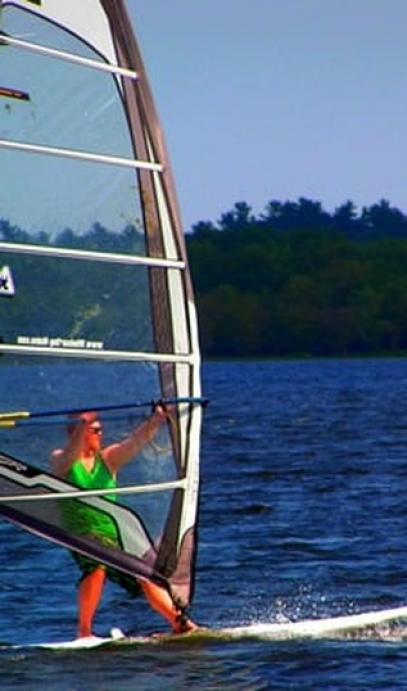 "It's upper body, it's good for the core. It takes strength," said Corinne Kelso of Skowhegan, who learned to windsurf this summer. "It's everything, and then it hurts your pride when you fall in. I want to do it again and get better. I didn't want to give up until I was able to turn around. I can't wait to go back."

Windsurfing – or sailboarding, as it's also known – has been around for more than a half-century. The sport uses a board like those used in paddleboarding, except with a place to screw in a mast for a sail. The boards and sails come in different sizes, depending on ability, with 5-square-meters about the average.

It combines some elements of surfing – with balancing on the board and careful foot placement a necessity – and sailing. But the sail is moved differently than in sailing.

"It's not intuitive," said Ian Barclay, owner of Windsurfing-Maine, which has offered lessons and rentals since 1999.

Windsurfing took off in the 1980s and became an Olympic sport in 1984. But it waned in popularity just as kayaking became the rage.

"The industry shot itself in the foot. The industry made high-tech boards. It left out the entry-level," Barclay said. "Then sit-on-top kayaks came in and now (stand-up paddleboards) have taken over."

The Inland Sea Windsurf Co. in West Dennis, Massachusetts, has offered windsurfing lessons and rentals for 22 years. Owner Philip Mann agreed the sports has been hurt by lack of affordable equipment. But Mann thinks he might be seeing a resurgence on Cape Cod.

Next weekend for the sixth year the East Coast Windsurfing Festival will take place in Hyannis, Massachusetts.

"We've noticed for the past few years there is a pretty decent increase in people wanting to do lessons. I don't know why," said Mann, 51. "What happens is we give a lesson and someone sees it and we get another lesson. There's a domino effect. I think the demand is there."

At Androscoggin Lake in North Leeds, Barclay doesn't mind how interest in one of his favorite sports has waxed and waned. He passionately offers reasonably priced lessons: $125 for up to eight hours of instruction over two days. He also sells new and used equipment at his Lewiston store, Barclay's Skindivers Paradise, which also caters to scuba divers.

"We're not making a killing doing this. It's a labor of love," said Barclay, 56, of the windsurfing lessons. "We love teaching kids. And when I say kids, some are 70 years old."

Kelso learned this summer with her 15-year-old son, Jack. A longtime kayaker who has lived on lakes and ponds in Maine the past 21 years, Kelso said it's a physical and challenging sport, just her style.

But she said the key is getting instruction. And she thinks that's why it hasn't taken off in Maine, since few instruction schools and guides exist.

"You can't just go out and learn it. You need people to teach it. How would you know how to do it?" Kelso said. "When I lived on North Pond I did see people doing it, but there are not a lot of people teaching it in Maine. It's intimidating."

Begin got the idea to learn to windsurf after walking into Barclay's scuba diving shop with her boyfriend and seeing the windsurfing boards.

At his camp on Androsccogin Lake, Barclay teaches windsurfing by using a board with a sail that sits on a stand on land. It rotates like a board on the water, but helps teach students how to maneuver the board with their feet and the sail with their arms in a safe place.

"It's really not that difficult. But if you don't know what you're doing it's not that intuitive. I've taught thousands," Barclay said. "We'd rather have students overwhelmed on shore than in the water. A third never get wet the first day."

Barclay taught Begin how to regain her balance when the board veers into the water and how to put her hand up to avoid getting hit by the sail when she does take a swim. And he taught her how to get back up on the board in the water, and how to turn it around and get out of the weeds, quite literally.

Within 30 minutes after getting on the water, she turned the board around with a huge grin of satisfaction.

"The wind is never consistent," Barclay promised his student. "You have to be ready to lean back (to stay upright) and at a moment's notice jump right back into (sailing) again." 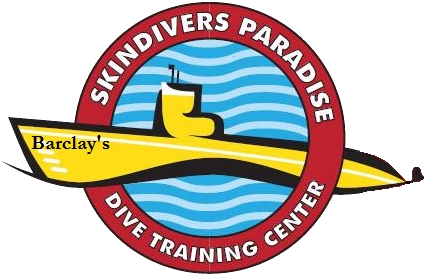 Experience the wonder of an underwater world like you have never seen before!